It’s been eight years since I last saw Up Dharma Down live. I was still a student in La Salle; they were in the middle of their “Oo” heyday; and the best memory I have of it is my classmate having her iPod signed by the band’s vocalist, Armi Millare. They’ve released two albums since (the latest being the sophistipop-leaning Capacities) and, as they revealed last night, have started writing for their fourth. But first, this, a new song that they wrote as part of a collaboration with the Singapore Tourism Board.

“All The Good Things” is a lovely, bouncy track inspired by their experiences in Singapore, a country they have performed in many times – but only now have they gone there, as a group, as tourists rather than a performing band. So there they were, going to places I haven’t gone to myself despite my claims of being in the country more than most (but not more than many others). A dessert bar, the local designers at Haji Street, and the chance to drive a Ferrari informed the song – but you wouldn’t really think of this as a song written for an ad campaign, as it does fit the band’s evolution towards the dance floor, but without the stupid hand gestures and laser beams, thankfully.

They launched that song last night at an invite-only event at 12 Monkeys. Why we got considered for an invitation remains a mystery, but, well, here’s a chance to watch one of the country’s most important indie acts, so why not go? The set may be only four songs long – it is, after all, a press launch – but it’s a nice reminder of just why the band’s done well. While their three albums – Fragmented, Bipolar and Capacities – have pretty significant style differences between them, it’s all imbued with that signature flair, an entrancing quality that does work better in the intimate setting of 12 Monkeys, as opposed to DLSU’s outdoor amphitheater. Or maybe it’s the eight year gap, and all the things we learned since. The class just got classier (and Armi looked astounding in that dress) and that spark just got more alluring, and yet harder to grasp, so you want more.

And then you watch the video, directed by award-winning music video director Johan Polhem, chock-full of drone videography which makes the island city-state pop. It’s interesting how Singapore has focused on its burgeoning creative scene to promote itself to a younger crowd. I guess that “strictly for business” image looks hard to scratch, what with its efficient trains and glitzy high-rises, but if you ask me, the country’s buzzing with arts initiatives, a good creative scene, and proper government support for it. So, yeah, if you’re so inclined, go there for the new things, and then go back to the Philippines and change this world, eh? [NB]

[For more information, visit yoursingapore.com/ph, including a link to the video and a free download of the song, as well as the usual Singapore tourist-y deals coinciding with their 50th birthday. Most photos by Rainy Martini. Our thanks to Tisha Colibao for the invitation.] 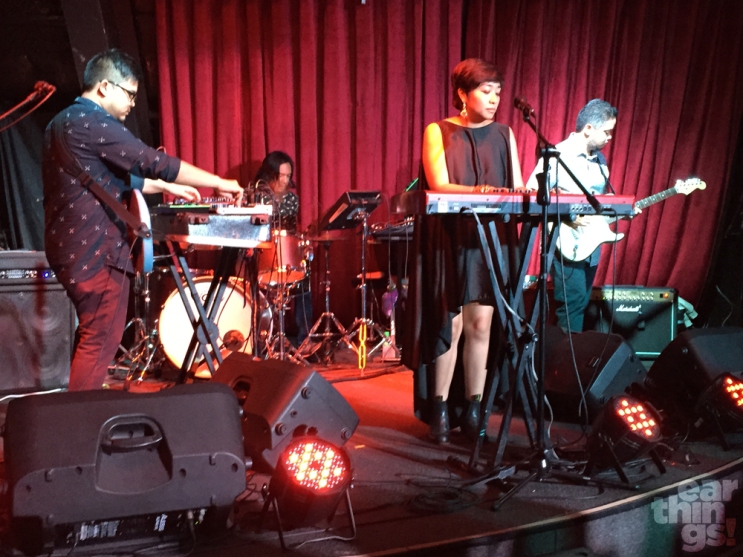 Up Dharma Down unveiled their new single, “All The Good Things”, at an invite-only event at 12 Monkeys.

The song was a collaboration with the Singapore Tourism Board, as part of the latter’s latest push towards the creative side of the city-state. The song was inspired by the band’s recent visit to the country.

The band, of course, performed that song live, as well as three songs, one from each of their albums.

Despite it being years since Capacities was released (and its relative obscurity) they continue to draw crowds with their unique take on… well, music, let’s just put it at that. 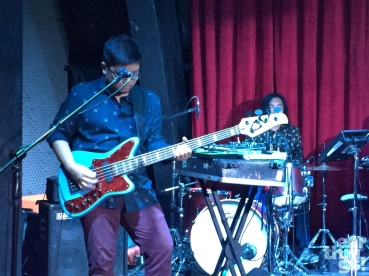 I was going to post a video of their first live performance of “All The Good Things” but I hit the lock button on my phone by mistake, so this’ll do.