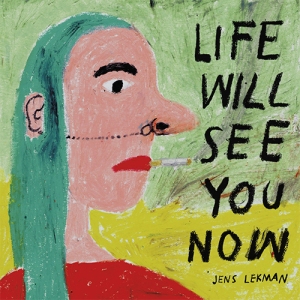 It’s not good to listen to a record, much more write a review of it, in the middle of a depressive stretch, or whatever it’s supposed to be called. But, well, that’s what happened in this case. So, Jens Lekman’s Life Will See You Now, the first album from the Swedish troubadour in almost five years. He did a few things in between – a couple of songwriting projects which have clearly rejuvenated him, with at least two of the results finding their way to this album. The observations are sharp, the situations are typically mundane, the wordplay remains delicious, and his delivery remains very much distinctively his. But I’m in the mood to nitpick, and I’ll say the monotony quite got to me. Life Will See You Now leans heavily on the drum machine, and while it should work – there’s something pretty twisted about a clubby undertone to songs about uncertainty – it did do my head in, going on and on and on, going up against those stories, trying somewhat to swipe the gravitas away. It did settle down by the end, with the relatively quiet “Postcard #17” and “Dandelion Seed”, but by this point I needed a cry. [NB] | 3/5