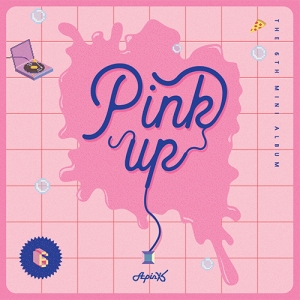 APink’s last album, Pink Revolution – note: I am not counting Dear, mostly a compilation of rearranged singles – saw the group shift their sound ever so slightly, towards a more mature, R&B-ish sound that made the most of the group’s vocal strengths. That, somehow, did not click with everyone. I liked it, but some were alienated, and while it did well on the charts, the reaction seemed more muted. Is Pink Up the group backtracking? It certainly sounds more familiar, more APink, down to lead single “Five” being an almost note-for-note flip of their earlier single “Luv”. (It’s not unusual in K-pop.) Perhaps the only concession to the last album was second track “콕콕”. And yet I’m not disappointed. I was hoping they’d continue down that path – or maybe I’m just completely into “Only One” from the previous album. But, then, APink has pinned down that innocent sound that does not feel cloying like most stereotypical K-pop girl groups – not even the ones I actually like. It makes sense for them to revisit it, to return to it, even. I don’t know. Maybe it really is just me. [NB] | 3/5

2 thoughts on “Review: Pink Up by APink”