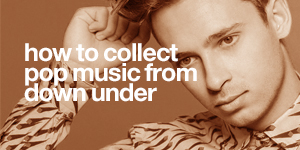 Australians love to have a good time, or so the stereotype goes. Musically, it shows, with a lot of dance acts – DJs, producers, everyone else in between – making lots of waves, with some lucky enough to sneak out of the country and make it big globally. But since the development of Aussie pop music centered mostly on rock and pop, it took a while for the electronic scene to break through to the mainstream and become an essential part of the landscape – well, essential enough to make me feel old, because this never really was the music of my youth. But soldier on we must.

END_OF_DOCUMENT_TOKEN_TO_BE_REPLACED

“Arty Boy” by Flight Facilities featuring Emma Louise | We know this blog will never be part of the zeitgeist, but we try to look like it anyway by covering more things. People tend to focus more on the Americans and the Europeans, so we attempt to look at the Aussies too. To my horror, however, I have failed to review new albums from the Preatures and Angus & Julia Stone – two albums I have earmarked, but have completely forgotten because they released their record during my busy as eff season. (So much for trying, Niko.) Also returning with new stuff are Flight Facilities, but so far it’s just this one track, and no new album yet in sight. Whew. We did not miss the boat… yet! Emma Louise returns to provide vocals (they previously worked on the sublime “Two Bodies” for the debut effort Down to Earth) but this time she does it in a jittery fashion, throwing in an Outkast reference that manages to echo the Kinks, while still keeping us grooving. Note to self: do not forget this. But don’t hit yourself so hard when you do. Times are different these days. [NB] 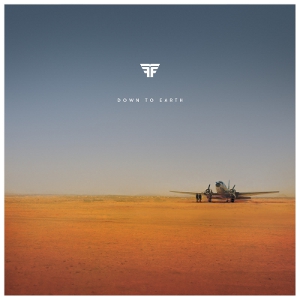 After years of singles, Aussie DJ duo Flight Facilities finally roll out their debut album. Down to Earth skews firmly towards the downtempo side of their discography – little space for an “I Didn’t Believe”-type here, but tracks like “Sunshine” and “What Do You Feel” fill the void somewhat. Filling the rest is the presence of some familar songs: “Stand Still” and “Clair de Lune” feature prominently, as well as their breakout “Crave You”, complete with reprise featuring a certain Kylie Minogue. That said, I can’t help but feel Down to Earth is a bit of a missed opportunity. I might sound like I’m nitpicking, but it has something to do with the duo’s decision to (also) firmly stick with the whole flight metaphor. It works, yes – I’m coming to this as a guy who thinks Singapore Airlines’ classical music interludes during take-off and landing need a refresh – but then again riding an airplane is not a solitary, serene experience. You can argue that the record’s supposed to be escapist, a bit fantastic in the images it evokes, but the middle part was missing that punch that got me excited to Flight Facilities’ singles. That said, the end – both versions of “Crave You” – really sold the rush of the landing part. Down to Earth is a good album. Could be better, but still good. Singapore Airlines, go do an Air France and throw this into the soundtrack. [NB] | 4/5

“Two Bodies” by Flight Facilities featuring Emma Louise | First taste off the Aussie DJ duo’s debut album, Down to Earth, which is set to hit stores on 24 October. (Not in time for my Singapore trip next month – by a week! – but maybe in time for my second?) And, I’ll just say this: I love this so much. [NB]

“Stand Still” by Flight Facilities featuring Micky Green | This may well be my favorite Flight Facilities song. As a matter of fact, it is. They’re not interchangeable, but I always mistake this for Peter, Bjorn & John’s “Young Folks”. I equally love both, and I wish I had more slots – you can change “o” with a “u” if you’re into profane words – because I have a whole playlist of awesome whistling songs. The only irony is that I cannot whistle to save my life. [SY] (Tomorrow, Niko goes local with his second pick.)