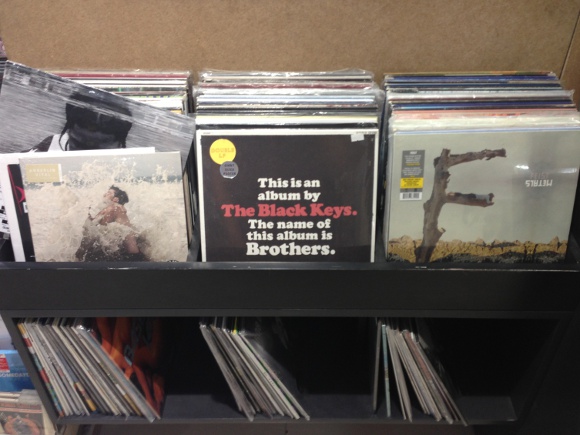 In the past few years we’ve seen more relatively out-of-mainstream acts perform in Manila. Gone, it seems, are the times when the only foreign artists who would stop here are 60s and 70s bands targeting baby boomers, or the obviously big pop acts. Now we’ve had visits from Grimes, the xx and Tegan and Sara. We’ve had the Wanderland Festival last April, an attempt at bringing summer festival culture to the Philippines (albeit with half of the line-up being Aussie acts with, likely, a very small following). And, of course, there were the bigger acts, like Joss Stone at Malasimbo (which has been going on for a while and has been, so far, mostly under the radar) and, last month, the Killers.

END_OF_DOCUMENT_TOKEN_TO_BE_REPLACED

“Bruised But Not Broken” by Joss Stone | Another excuse to post about Joss Stone: she’s headed to the Philippines – to be exact, to the Malasimbo Festival in Puerto Galera this March. She’s co-headlining the event, with reggae legend Jimmy Cliff doing the first day. Ticket deets are on the Malasimbo Facebook page – they’re now selling, actually. While I prolly won’t be heading there soon, I thought I’d post a song anyway, from arguably Joss’ best album, Introducing Joss Stone, which saw her deftly leave the pop trimmings of her soul behind and go all out while getting the balance right. But yes, I know I posted the one song off the album she didn’t write… but that voice. Mmmm.

It’s been diminishing returns since Joss Stone broke out almost a decade ago, but I was still surprised when I heard that she’s revisiting her 2003 debut for her sixth release. The Soul Sessions Volume 2 reminds me of how effortless things can be for Joss: in returning to covering other songs she’s never sounded like she’s had a lot of fun. (Compare this to her “bluesy departure” album, LP1, and you can hear her try so hard.) Her takes on “Teardrops” and “(For God’s Sake) Give More Power To The People” is a rediscovery, while the album’s let’s-make-this-soulful song – in this case, Broken Bells’ “The High Road” – really just makes sense. But this album’s timing has me worried – will she only get noticed by doing covers? (Will this album get noticed, even?) It’s an unusual stage in the soulstress’ career, and I’ve a feeling this is a make-or-break effort for her. But hey, I got another chance to hear that voice. | 4/5

“The High Road” by Joss Stone | Well, Joss definitely kept this a bit under wraps. She’s getting a new album out. The Soul Sessions Vol. 2 goes for the same formula which she started with: her take on a wide range of songs.  I misread. Steve Greenberg, who produced her earlier albums, is back at the helm – and yet the soul in this album, or at least what I heard so far, sounds different. Her cover of “While You Were Out Looking For Sugar” is the first single, but I’ll point you towards this, her cover of Broken Bells’ “The High Road”. It’s one of my favorite indie tracks from the last few years – and one that I definitely did not expect to get covered like this. It oddly works. Joss gets her soulful gravitas back, and I’m glad.

“Somehow” by Joss Stone | I’ve always thought Haley Reinhart (her album’s out tomorrow!) sounded a bit like Joss Stone, one of my favorite singers ever. Joss’ fourth album, LP1, confirmed that for me: the Nashville-recorded release has an extra degree of grit, making it bluesier than her three previous albums. It took me a while to warm to it: I once called it a bit of an Adele rip-off, but tracks like “Somehow” say otherwise. Sure, it may have a bit of “Rolling in the Deep” to it, but it has a sprightly, fun kick that weepy Adele will never get close to having.