I’ve been thinking about how I first described Lucy Rose. When she first came to the scene in 2012 – this blog was just three months old or so then – she had the baggage of having worked with several British indie bands, so the assumption was a sound as layered as that. Yes, but it didn’t seem to fit her, and in hindsight the songs feel like she wasn’t entirely comfortable with it. By the time she released her third album – by then she’s gotten out of her record deal – it feels like she’s settled down into her sound, and more importantly, she’s more willing to talk about the things she really cares about. No Words Left goes further there: it’s her rawest record to date, the sentiments of being adrift and lost hitting too close to home I’ll contend it’s altered my mood. The sparse production gives way to her voice, much more front and center this time – and more colored by uncertainty. All right, so it may prove to be too much after a while – repetition is a double-edged sword here considering the theme – but the record sees Lucy find beauty in bleakness, and at its best (and your best?) it’ll say everything you’ve ever wanted to say. [NB] | 4/5 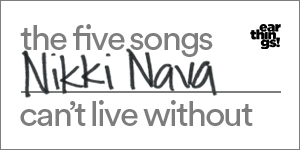 We’ve had our ear on Nikki Nava since last year, when we included her in a Local Outsider column. We’ve always liked how she does so much with what seems to be little. That’s on full display with the release of her first proper single, “Secrets”, and with more new stuff on the way, we asked her to tell us the five songs she can’t live without. Warning: there are some surprises on her list.

END_OF_DOCUMENT_TOKEN_TO_BE_REPLACED 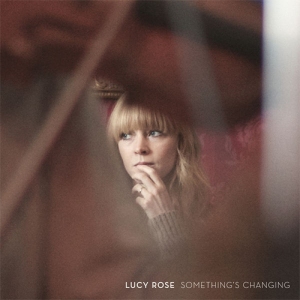 Lucy Rose’s first two albums were good, but something always seemed missing or off. “It’s hard to work with her vocals” was what I said about Work It Out, her last release – it sounds harsh, but really, it isn’t. Third time’s the charm, it seems. Something’s Changing comes at a moment of upheaval for the singer: here she fully embraces her folksy charm, finishing the transition from peripheral figure in British indie (with the movement’s accompanying sonic quirks) to indie folkie in her own right. It all feels right this time. I enjoyed the album from end to end this time: no stopping to ponder what exactly is missing. Assist from the Staves aside – they lend “Floral Dresses” an extra depth that only sisters doing harmonies can provide – Lucy feels more comfortable, effortlessly throwing in the odd country flourish without wholly crossing over into hokey pastiche territory. (That would be off-brand for her.) Something’s Changing hints at a journey that has rejuvenated Lucy (while still keeping some of her doubts – the timing of “I Can’t Change At All” hints as much) and I look forward to more. Finally, I can say that with more conviction. [NB] | 4/5

On her debut record, Like I Used To, I pointed out the problem with Lucy Rose: it’s hard to work with her vocals. Don’t get me wrong, they’re great; it’s just hard to work around it without diluting it. The British songstress’ sophomore release, Work It Out, works attempts to work around it with a slight change of tactic: there’s a bit more boom and a bit more oomph, lending some extra urgency to a singer otherwise known for a pleasant voice. But, like in her debut, it works for some and doesn’t work for others – and it becomes apparent that the problem is simply that Lucy just isn’t that memorable. Listening to Work It Out, I got a sense of déjà vu; things are different, yes, but you feel things are the same. It’s nice to hear when you’re there, but the moment the album ends, everything is forgotten. Work It Out, like Lucy herself, blends in the background and stays there. Not sure if that’s an impression you want two albums in. [NB] | 3/5

“Cover Up” by Lucy Rose | I don’t know if Lucy Rose gave a taste of her new stuff when she performed in Wanderland a month ago, but, well, here’s that. Off her still-untitled second album, and available for free download as I write this, the first taste off the British singer-songwriter’s new album. People say it’s a different sound but it’s really more of an evolution – there’s a lot of dense things going on here, reminiscent of, again, “Lines” from her earlier release. But I’m sensing a bit of a shoegazer-y, slightly Massive Attack-y direction on this one. I’m guessing. Maybe you have a different take. “Cover Up” is, again, available for free download right here. [NB]