I’m not sure what to make of Phantogram’s third album, Three. It’s both a good album and a disappointing one. It’s good because they’ve polished their sound while retaining the hard features that endeared them to fans in their previous two releases – especially in the first half, when things start in a haze and settle down into something quite fascinating. It’s disappointing because the album then descends into something quite unmemorable – stick-out-in-a-good-way “Answer” aside, they proceed to polish way too much and end with something serviceable, but bland in the Phantogram scheme of things. I listened to the album and liked it. I listened to the same album and found myself wanting more. Three is a two-faced record that somehow succeeded in showing two sides of the coin: the drive and the exhaustion that follows. Is that… deliberate? [NB] | 3/5 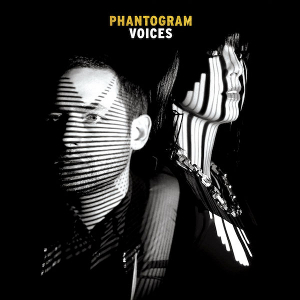 There’s an interesting complexity if you lay out Phantogram’s four EPs and one studio album in chronological order, and in their second full-length release, Voices,the New York duo finds itself going deeper, lusher, and more electric. Sarah Barthel and Josh Carter’s new effort is urgent and tight, yet breathy and relaxed: their coos (not together, of course) countering the often pulsing instrumentals. They still have a knack for a groove (“Celebrating Nothing” and single “Fall In Love” are notable examples) but in tracks like the rousing “My Only Friend” and the oddly titled “Bill Murray”, Phantogram prove that they are leagues ahead of most other, arguably identikit, indie pop groups. There’s just something there, a nuanced bunch of textures that ultimately don’t leave you confused. [NB] | 4/5