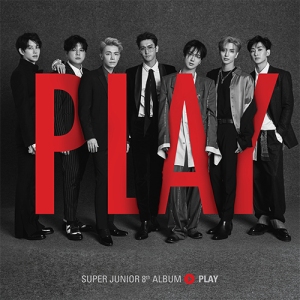 Bad pun alert: Super Junior are now one of the seniors of K-pop, a boy group who managed to maintain longevity despite the mandatory two-year military stint its members have gone through (or are currently going through) through solo records and television appearances. They’re not new to this: their last two albums were also recorded through a bit of line-up flux. But Play comes after a particularly long hiatus from the group – two years – and while eight members recorded, only seven appear on the cover. (And only six will promote, as Siwon’s taking a back seat due to a controversy involving his family’s dog.) By now it’s become a bit about the stories in between rather than the songs, which is both weird and not unexpected. That also meant the record takes a bit of a calmer approach, not dissimilar to Devil; there’s a groovier, swingier approach, one befitting their, ehrm, senior status. Play is a comfortable record, though – K-pop’s general tendency to have awkwardly-sequenced albums notwithstanding – and while you don’t expect them to change thing sup at this point – they’ve been around twelve years, they deserve a bit of a lie-in, and also, all those stories in between – you don’t begrudge them. ELFs will be happy to see them back; the rest who enjoy stuff like this wouldn’t mind. [NB] | 3/5 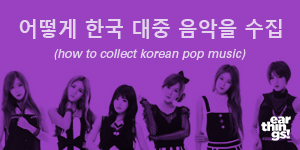 Last week we kicked off this seven-week series of blog entries exploring the Korean pop scene, under the pretense of (more or less) curating a K-pop playlist for a trip to Seoul at the end of the year. The reaction we got was… well, there was some confusion as to why we’re devoting all this time to K-pop. It wasn’t a lot, thankfully. But we’re here now, and we have to continue. After looking at Seoul’s intricate musical ecosystem, part two of seven will focus on five acts who should be on your K-pop playlist, no matter what – as recommended by this blog’s resident K-pop expert, Rainy.

END_OF_DOCUMENT_TOKEN_TO_BE_REPLACED

“Devil” by Super Junior | 736,000 views in ten hours. And then some. Fangirls are panicking: the numbers are way too low. I had no intention to watch this video today, but Niko made me. You see, I was starting to appreciate Girls’ Generation’s “Party” when that pesky Facebook chat notification flooded my ears. Fine, then. Or not; I see my Siwon fake-kissing a woman less than a minute in, to make things worse, a tail stands attention. It should be the woman’s, but you’ll never know. What? I mean what if there’s another woman somewhere who actually has a tail? I didn’t really like “Mamacita” that much, so I wasn’t expecting much from this comeback, but boy was I wrong. My boys look hot and sexy as usual, although you can see a lot of guns and alcohol and well, women. There shouldn’t be any women in that freaking video! [SY]