“Out of the Woods” by Taylor Swift | Now, if I really want to feel insecure about being 30 and having accomplished relatively (arguably) little in comparison to my peers, I should write about Taylor Swift. You can’t not know she’s turning 30 this year – she’s named an album after it, kind of. One of the biggest names in pop music, one who’s deft both in songwriting and in business (just think of how… cold her 78 Questions video for Vogue was) and one who seems to know what she wants to do before she even does it. Or she has good advisers. Often (especially lately) I stop and think, wouldn’t it be nice to still have the world in your palms when you cross the invisible, arbitrary threshold of turning 30? Or maybe not extra successful like her, but like my peers, with their five-digit salaries in the upper half (I assume) and the ability to indulge in their hobbies without having to worry. Like, this blog is a hobby but it’s increasingly untenable. And then I realize they have their problems of their own, and I’m fine, at least for the moment. But still… [NB]

The transition is over. Yes, 1989 was Taylor Swift’s all-out pop record, but we wrongly assumed that would be the end of it. Nope, there were more depths to plumb, and Reputation sees her go deeper into the urban pop milieu she’s been playing with (and for) these past few years. The move seems apt: her previous records have been statements, but this is the first time she’s knowingly made it so. The record is brash, in-your-face… but it doesn’t exactly work the way it should. “…Ready For It?” ushers in the album’s forgettable first half, which makes it a failure. She ends up doing a retread of everything we’ve heard before, from her and others, with a dash of “I can do this too!” – but it was all unremarkable (although it did succeed in making “Look What You Made Me Do” tolerable). “Gorgeous” kicks off the second half where, it seems, Taylor understands what she wants to do sonically: a little hint of 1989-esque glitter with a bit more aggression, as she planned. And then everything becomes tolerable, even the still-misjudged forays towards face-off mode. And then you remember her pretty good songwriting, finally getting a chance to breathe after all that wham-bam. (The main hook to “Dress”, I thought, is actually brilliant.) In the end, it really is just another Taylor Swift album, with the extra dose of drama – whether it be her romances, her marketing strategy or the sheer ridiculousness of her concepts these days – and its resulting disjointed feeling, which the fans will embrace anyway. I wonder why she needed to make that statement. [NB] | 3/5

Tomorrow, Taylor Swift drops the first single from her upcoming album, Reputation. If this is the first time you’ve heard of it, then lucky you.

END_OF_DOCUMENT_TOKEN_TO_BE_REPLACED 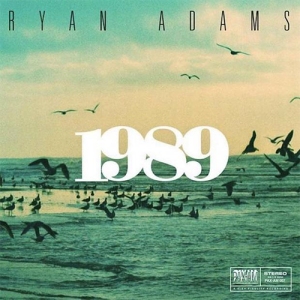 There are several ways to approach Ryan Adams’ track-by-track cover of Taylor Swift’s massive pop smash 1989. If you’re particularly annoyed at how Taylor is hogging everything – from media attention to basic feminism tenets – lately, you can call this record a semi-ironic victory for “real” music, showing that real instruments and musical craftsmanship can always improve on any crappy pop record. If you’re a big TayTay fan, you can call this record proof of your queen’s musical supremacy, of how her record cuts through today’s fragmented audiences and becomes a genuinely universal experience, the world united by Taylor Swift’s music. Well. The most striking thing about 1989 is how it’s very sincere: there are no piss-takes here. And somehow, Ryan manages to flip around a record inspired by 80s pop and make it a more vintage proposition, one reminiscent of the angsty pop-rock ballads of the decade – a flip-over from the original. (It’s easy to mention Bryan Adams at this point, so, well, Bryan Adams.) Sometimes it’s brilliant (“All You Had To Do Was Stay” has this swagger that the original didn’t have) and sometimes it’s dreary (I still prefer the original “This Love”) but this is not something punched up entirely for kicks. It’s a respectful tribute – that term isn’t exactly accurate, however – that finds new things in the old. [NB] | 4/5 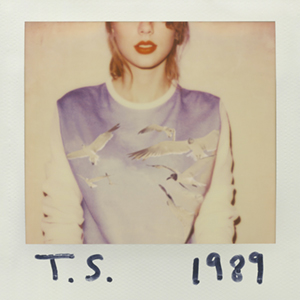 So what’s the big fuss about 1989, Taylor Swift’s fifth release, being her first all-out pop record? For one, her last album, Red, already had those pop flourishes; otherwise “We Are Never Ever Getting Back Together” wouldn’t be such an earworm. Ostensibly the pop music of the late 80s inspired the record. 1989 does channel some of those licks, but not obsessively; you will hear a bit of, say, Paula Abdul or Toni Basil, but then you hear a breakdown and you’re back in 2014. It’s reverential without being corny: “This Love” fits in nicely anywhere and yet is a callback to SWV, “How You Get The Girl” sounds a bit like the frothy but fun girl pop that dominated the era, and “I Wish You Would” sounds like, well, Haim’s “Forever”, another example of 80s-nodding pop from the past year. And that’s the thing. 1989 proves that everybody is being influenced by the 80s nowadays. It’s not a stark departure worth freaking out over. (You can argue that Taylor’s actually behind the curve on this one, that the likes of Solange have mined the 80s for their pop music before. You can also argue 1989 is Taylor’s hipster album.) In the end, it’s still a Taylor Swift record: her crafty turns of phrase – mostly about boys, again (“he’s tall, and very handsome,” sung in a fawning tone) – still shine through. Some are irresistible, some are forgettable fluff. No need to panic. [NB] | 4/5