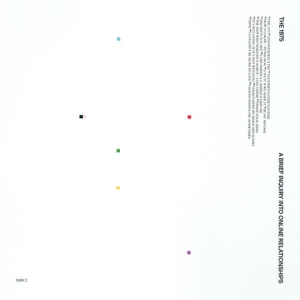 When I reviewed the 1975’s last album I was quite frustrated, with how it tried to bring together its poppy sensibilities with an experimental streak. I found it jarring. In hindsight I was perhaps too harsh on the album, but then, two years later, it’s now clear just what the gang are planning to do. A Brief Inquiry Into Online Relationships sees the British band elevated from just another indie band coming out of the UK to an unlikely leader of the post-millennial pop movement, stripping your social media feed of most of its banality and getting to the heart of the matter. Or at least that’s how it feels. It’s weird how I enjoyed this album more than I expected to, despite the even wider stylistic scope making for an even more manic, whiplash-inducing album. (Is it the 80s channelling of the last two tracks?) Matt Healy here finally perfects his somewhat omniscient presence, commenting seemingly on anything and everything – and yet distilling those hot takes into the essentials. Sure, the album could still do with some tightening up (it’s 58 minutes long; the length makes the gimmicks feel more gimmicky than the band intended) but A Brief Inquiry Into Online Relationships is a step up for the 1975. That said – and this is all me – I feel too old for this record. That might be getting in the way, ultimately. [NB] | 3/5 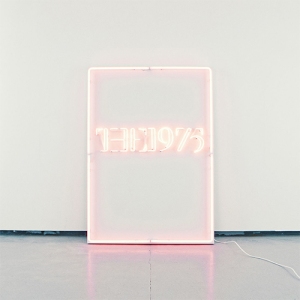 The 1975’s new album, whose title is so long it never fit any tweet, is, well, frustrating. Before the release of I Like It When You Sleep, For You Are So Beautiful Yet So Unaware Of It I was perked up by the poppier direction the band seemed to take: less trying-hard-to-be-cool, more embracing-what-we-really-are. The 1975’s first effort felt like it was trying too hard, and those pre-release singles – the catchy-as-hell “Love Me” in particular – felt more comfortable. But the album turns out to also take itself way too seriously. There’s no problem with aiming to be more than a frothy pop record: experimentation is most definitely welcome. But the 1975 is, well, a pop band, and the extended excursion into shoegazer territory in the middle third of the album felt not as much as out of place, as it is the wrong thing pacing-wise. The album clocks in at a whopping 74 minutes, 35 of which is a hazy trip into a dreamy daze that just lasted too long and became a nightmare. When things seemingly return to normal – “The Sound”, another catchy-as-hell track, kicking the final stretch off – things feel just so wrong, so tarnished; I couldn’t enjoy it anymore. The 1975’s sophomore release had good intentions and good results, but just like the album title, it’s too much. [NB] | 2/5

“Girls” by the 1975 | So, yes, the 1975. I’m not really a fan. I’m not that familiar with their songs. I mean, they’re all right, but I don’t see what’s special with them. Then again, I’m not among the thousands who went to watch them in their concert in Manila two days ago. The band was here for a series of mall shows last year – it ended in Matt Healy fainting, if I remember correctly, I believe because they were just driven over the edge, and also because the fan reaction was apparently big. Turns out a lot of my friends are fans, but a lot of them are skeptics too. (Tootsie, for one, cited them as a band she would call shit no matter what.) Anyway, their Saturday concert – Matt apparently said it was their biggest crowd to date, and even went as far as calling Manila their “second home”, which doesn’t strike me as a bullshit remark. First thought, which will definitely be interpreted as hater-y: “if they’re big in Manila, then how big exactly are they?” Maybe it’s my familiarity with British alternative radio playlists, seeing them everywhere, not grasping that it’s not making much of an impact. That leads me to my second thought: the 1975 is, according to the band members themselves, quite big in the Philippines. If they only really knew, I’d probably say, but it’s nice to see that we have, once again, made a band bigger than they are in their home country. I never thought we’d be able to do that again. [NB]