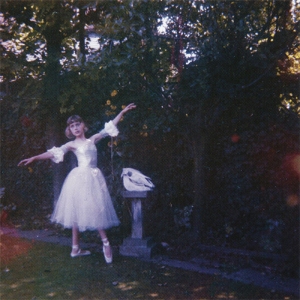 When I reviewed Wolf Alice’s debut full-length, My Love Is Cool, I applauded how they managed the transition from mostly folk band to one that can rock more. It seemed natural at the time. Now, I’m not really sure what went wrong. Not that Visions of a Life is completely wrong: it’s another one of those albums where particular tracks sound good when listened to at the right time. But the inevitable urge of any band to push outward and explore its space doesn’t seem to be well-managed in their sophomore release, with tracks jumping up and down, and not necessarily in a good way. As with their last record though, it’s vocalist Ellie Roswell who keeps the record together, providing a consistant thread to the band’s exploratory tendencies. While she can yelp, she doesn’t metamorphose as much, but does enough to hold things together and keep their lanky personality (this is not a criticism) shining through. [NB] | 3/5

I can’t be immersed in every new, buzzy band that comes out of whatever corner, so I hope I can be forgiven for not knowing that Wolf Alice began with a more folk-influenced sound. I mean, I wouldn’t have known! My Love Is Cool, the British four-piece’s debut full-length, sounds confident in its apparently adopted sound without losing the charm of its original one. The transition, across two EPs, sounds seamless now, with tracks that rival the slick crunch of Garbage and, in the few place where the folk still shines (like “Swallowtail”), the introspection of Villagers. And, in lead vocalist Ellie Rowsell, they have someone who can easily manage the transition without sounding uncomfortable – a band that has a crunchy rhythm section would falter if the frontman (or woman, in this case) would get drowned in all the shifts. My Love Is Cool is satisfying and exciting – much more exciting than you’d expect. [NB] | 4/5