It was Christmas day here when Dia Frampton announced details of her little Asian tour, with stops in Vietnam, Singapore and Indonesia. But there was an omission she didn’t want to be there: the Philippines. She wanted to go here but nobody was able to organize anything for her. “Give me a street corner and I’ll perform there,” she tweeted.

Suddenly, radio stations and concert producers came to her aid, and five days later, a gig was announced. Tickets may have only been available for a week, but the Hard Rock Cafe – a pretty intimate venue, by all means – was packed with fans. The gig’s last-minute nature may have made for a slightly shambolic affair, at least when it came to organization. Also, the whole thing was relatively short – nine songs, plus a two-song encore – but Dia’s personality more than made up for it. If she decides to return to Manila, she should totally do something like this.

The banter in between the songs were definitely the highlight. Dia was playful, charming and refreshingly genuine all throughout: she doesn’t seem like she’s working the crowd, but rather, just chatting with them. A definite highlight was when she called a couple celebrating their anniversary on stage, and dedicated an impromptu performance of Ingrid Michaelson’s “The Way I Am” to them. “I like everything romantic,” she said, before asking the couple to say something cheesy to each other. That didn’t quite work, but it wasn’t so awkward. Also adding to the gig’s unforced vibe: her rapport – chemistry, dare I say – with her guitarist Danny Bemrose, of the English band Scars on 45. The two trolled each other throughout, but you can see they cared for each other.

Perhaps my only disappointment was in song selection: only one song came from her Meg & Dia days, a miss considering most of those watching became fans of Dia through her band, rather than through her work on the first season of The Voice, where she finished in second. (I didn’t need to hear “Inventing Shadows” again, but hey, no awkward dancers in light boxes!) It made for a pretty predictable setlist, but who cares when you get to hear Dia do Kid Cudi’s rapping parts herself in “Don’t Kick The Chair”? 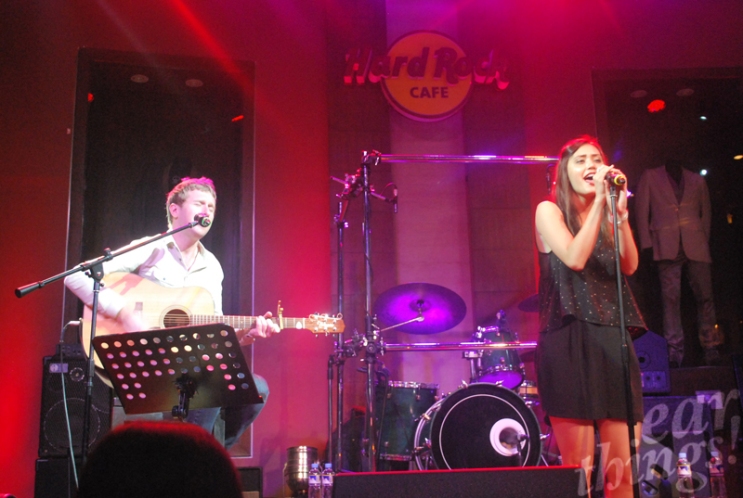 Dia Frampton and Scars on 45 guitarist Danny Benrose performed at the Hard Rock Cafe in Makati. 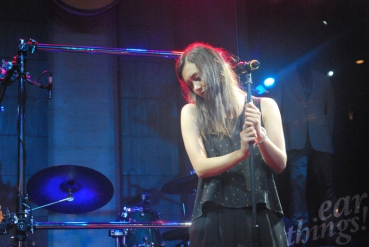 The gig, which came together in only five days, mostly featured Dia’s solo stuff. 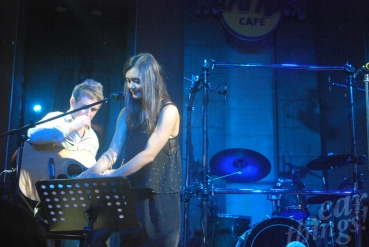 Danny was also a last-minute replacement: her usual guitarist, Carlo Gimenez, begged off due to personal matters. “Of the good kind,” Dia said. 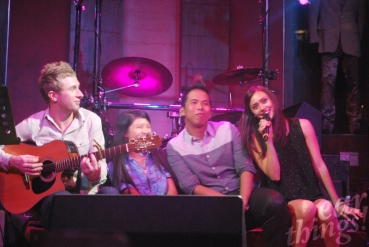 A highlight of the event was a cover of Ingrid Michaelson’s “The Way I Am” – not on the original setlist, mind – dedicated to a couple celebrating their first anniversary. The guy had cheesy words to say; the girl was “speechless”. 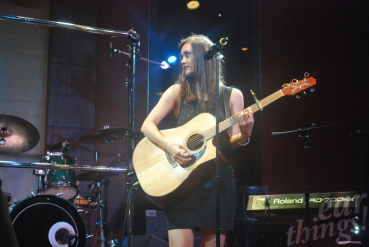 Dia only got to touch the guitar twice, which is a bit surprising, but I don’t mind, really. 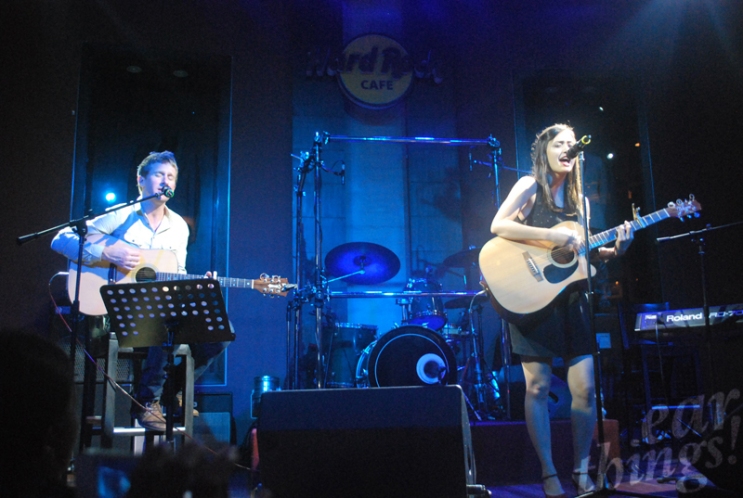 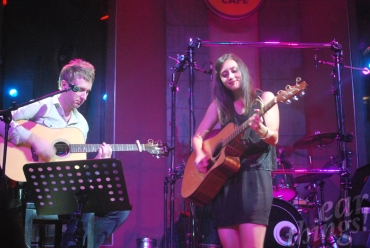 Their cover of Foster the People’s “Pumped Up Kicks” would be a bit of a problem: Danny miscued and, taking off from it, proceeded to tease Dia by not letting her sing. 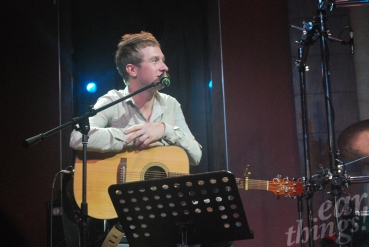 Danny would make a good sidekick. The mischievous sort. 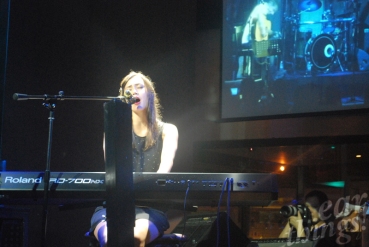