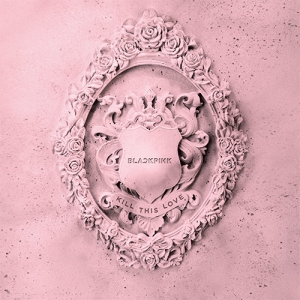 Well, a midnight release! We haven’t seen that in K-pop in years, not since everyone decided to minimize the efforts of overzealous fans by releasing everything six hours earlier. But I guess Blackpink are more than happy to go against the grain – well, that, and they now have to please those in North America, considering their attempts to break across the Pacific last year. (They may have had a Billboard cover, and they may be slated to appear at Coachella, but it’s too early to call it a success. BTS was there first, you know.) So, Kill This Love, another mini designed to reinforce the group’s fierce, independent, stylish image. It’s really like Square Up: the title track is incredibly swag, slightly reminiscent of drill music, and like before, heavily reliant on the concept. It’s not my thing, I’ll admit. But it doesn’t matter, because it does its job. The rest of the mini, however, slows down a bit, with less of the actual party and more of the moments right before the come down. “Hope Not” actually shows their vocals off better – and that clean electric guitar builds on the thread that seems to have been left behind with “Stay” from a couple of years back. Again, it’s just me, but that suits their direction more. [NB] | 3/5

So, Billie Eilish. It’s an interesting release, this. When We All Fall Asleep, Where Do We Go? might compel you to link her with arguably the ultimate progenitor of her kind of pop: it was Lorde, after all, who paved the way with teenage concerns colored with drone-y gothic almost-creepiness. But then, this feels of a completely different thread. It’s like she spent all this time alone, with all these reference points, and not so much cherry-picked the best ones as to boil everything down to their essence. In almost the same breath the songs across this record feel intimate and claustrophobic, playful and sinister, truthful and evasive. Perhaps it’s the production, harsh in the right places – but then there are tracks, like “8”, where Billie takes a complete left turn and sounds stereotypical (that one’s got a ukulele backing it). But then you wonder if there’s a dark point to that. And perhaps that’s the goal. Billie’s record is a snapshot of people of her age (I wouldn’t say this if I wasn’t 30) in its confusion and, at the same time, clarity. Or something. [NB] | 4/5

While listening to IZ*ONE’s second mini, I had to double-check the calendar. It isn’t summer in Korea, nor in Japan – but it is here in the Philippines, and that should count for something. HEART*IZ sees the winners of Produce 48 get closer to making sense of who they really are, and if you ask me, they’ve gotten really close. The mini is filled with effervescent pop that almost never goes wrong – almost, because “Airplane”, regrettably, sounds like a Twice cast-off, and all that came before succeeded in establishing the group’s almost-classy aesthetic. Single “Violeta” is a bit limp, but opener “해바라기” soars, and “하늘 위로” towards the end goes in a slightly unexpected direction. It is, arguably, a summer record released just as spring gets in full swing: a confident, satisfying release from a girl group with seemingly everything riding on them, considering their origin story and their limited time. I’m hoping the momentum continues, because knowing K-pop and its tendency to be inconsistent, I wouldn’t like what’s around the corner… [NB] | 4/5

I’ve been thinking about how I first described Lucy Rose. When she first came to the scene in 2012 – this blog was just three months old or so then – she had the baggage of having worked with several British indie bands, so the assumption was a sound as layered as that. Yes, but it didn’t seem to fit her, and in hindsight the songs feel like she wasn’t entirely comfortable with it. By the time she released her third album – by then she’s gotten out of her record deal – it feels like she’s settled down into her sound, and more importantly, she’s more willing to talk about the things she really cares about. No Words Left goes further there: it’s her rawest record to date, the sentiments of being adrift and lost hitting too close to home I’ll contend it’s altered my mood. The sparse production gives way to her voice, much more front and center this time – and more colored by uncertainty. All right, so it may prove to be too much after a while – repetition is a double-edged sword here considering the theme – but the record sees Lucy find beauty in bleakness, and at its best (and your best?) it’ll say everything you’ve ever wanted to say. [NB] | 4/5

I was going to begin this album review along the lines of “Jenny Lewis must have been going through my favorite classic pop songs”, but then that would have been a terribly short-sighted approach to talking about her fourth solo record. On The Line is, in many ways, a breakthrough for the former Rilo Kiley frontwoman: here she finally masters the art of telling her own stories – dipping into her many years in the spotlight, from child actress to indie darling – by telling the stories of other people, with biting wit and brilliant turns of phrase. Accompanying it is, again, that plundering of the classic pop sound, perhaps more so than in her last record The Voyager, although this tme she doesn’t stay with the happy sound she established in that record. Here she gets boozy, filled with lights and pain. It actually can be a bit difficult going through that middle part of the record – it felt too harsh, and I wanted a respite. There is some, and by the album’s end everything is tied up together nicely. It may have been a difficult trip but it was a satisfying trip to be in. [NB] | 4/5